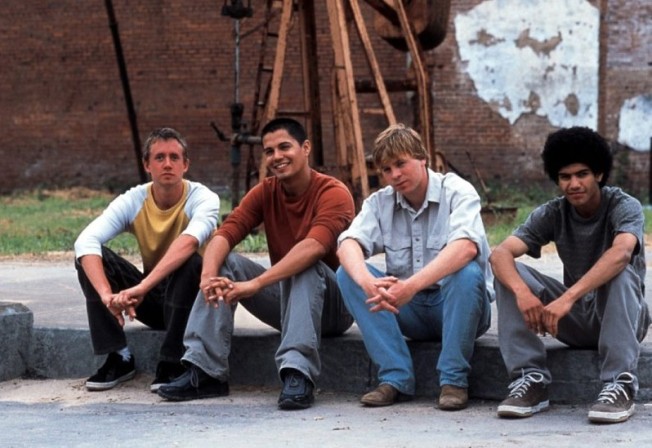 From the studio that brought audiences “Remember the Titans” comes an inspirational motion picture, based on a true story, about a coach who discovers that     it’s never too late for dreams to come true.
Jim Morris (DENNIS QUAID) thought his dream was over. He’d had his shot playing baseball, blew out his shoulder, and retired without ever making it to the big   leagues. He settled down, had kids, and became the baseball coach and chemistry teacher at the high school in Big Lake,Texas.

But in 1999, Coach Morris made a bet with his team that would change everything. To motivate the team – perennial losers – he accepted their challenge: if they    won the district championship, Morris would, in return, try out for the Major Leagues.

The bet proves incentive enough for the team, and they go from worst to first, making it to the state playoffs for the first time in the history of the school. Jim, forced to live up to his end of the deal, is nearly laughed off the try-out field – until he gets onto the mound, where he confounds the scouts (and himself) by clocking successive 98 mph fastballs, good enough for baseball’s Devil Rays to sign him up for their minor-league affiliate team. Jim’s still got a lot of pitches to throw before he makes it to the majors, but with his big-league dreams revived, there’s no telling where he could go.

Great Actor, Producer, Paranormal Investigator, Human Being, Uncool Vampire Blogger!
He gives always the best to his fans! <3
He loves ALL his fans! :)

He played in Fast & Furious & did some appearances in TV Shows & movies before to play Ash in Supernatural!

He played in others success TV Shows like Criminal Minds, NCIS, Weeds & Castle! Also he got a part in Alex Cross movie on the big Screen!

He just had his own new show "Ghost Stalkers" !!

I'm NOT Chad Lindberg!
It's a Fansite made by a fan in honor to Chad Lindberg & for his fans!
I decided to do it because Chad is a very talented actor & a so sweet person!!! He LOVES his fans! This fansite is a way to show our support for him! :)

Fansite approved by Chad Lindberg himself!

If you want to share the site, or to be affiliates, you can use this button :)

Search On The Site